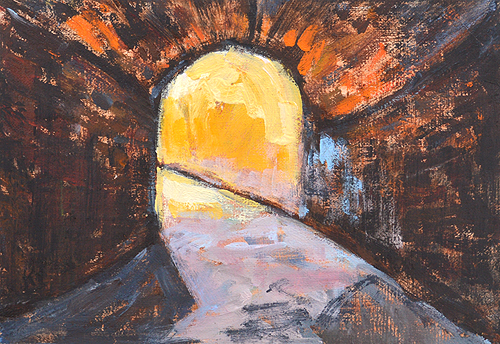 An oil version of a watercolor from Barcelona. The entrance into Montjuïc Castle. for sale 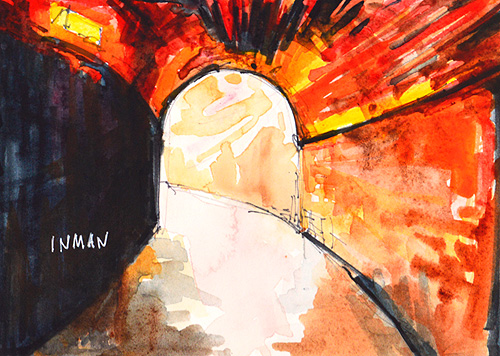 I like castles, despite their inevitably dark histories. In Montjuïc Castle in Barcelona. for sale

Everyone posed for pictures here, and I wonder what they were thinking about. Revolutionaries being executed by firing squad? Bombarding the city during the War of the Spanish Succession? Soldiers pouring boiling oil on them through the murder holes in the ceiling? 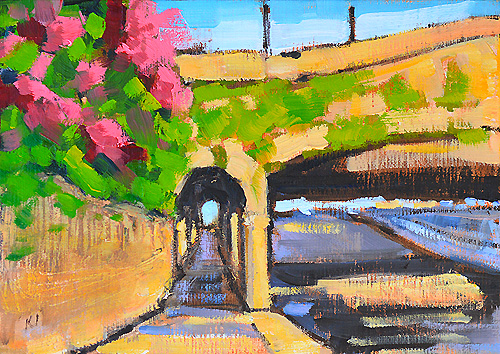 On vacation in Santa Barbara, on foot. So we can stop at the bar if we want.

You never know when you’ll discover someplace beautiful just walking up the road. 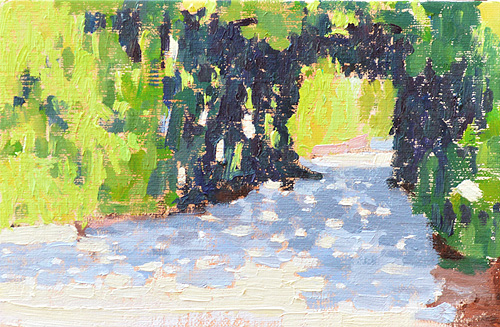 At Stone Brewing in Escondido- for sale

A green tunnel of vines on a sunny San Diego afternoon- at the Stone Brewery in Escondido, CA.