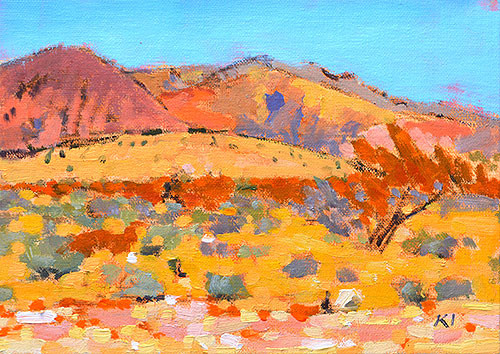 Last week I was in Las Vegas, tagged along at a conference. Not really a gambler. I spent the days painting in the desert and the evenings eating conference appetizers and drinking seemingly unlimited quantities of white wine. 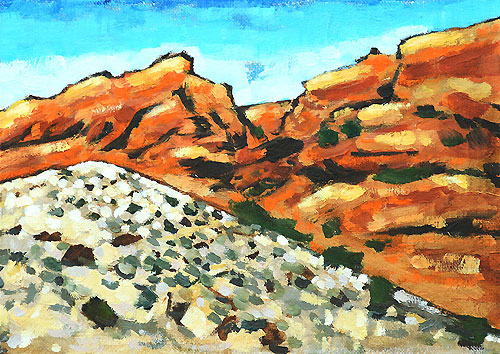 The desert in Red Rocks – for sale 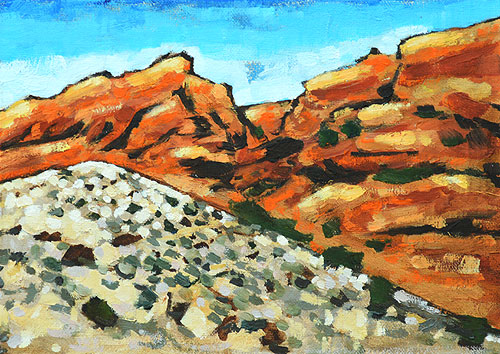 One last painting from Red Rocks- I’m pretty sure there are no other half-completes in the stack. 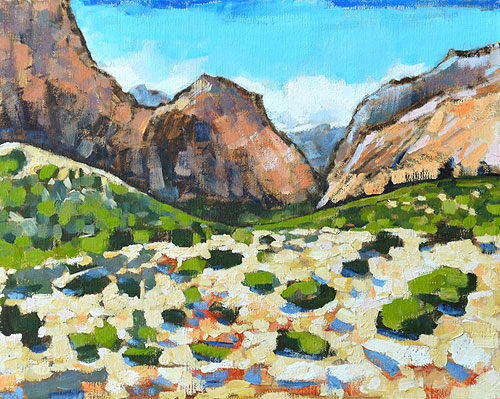 I tagged along to an IT conference in Las Vegas last summer, and had a confused time getting out to Red Rocks Canyon due to my tendency to drive in giant circles while taking wrong turn after wrong turn.

So I’d hoped to do more paintings of the desert on location than I managed to. This is a studio piece that’s been trying to get finished for the past five or six months. Fox Canyon? Wildsomething Canyon? I can’t remember what this pocket canyon was called, but I would have loved to explore it more than I did before the sun went down. 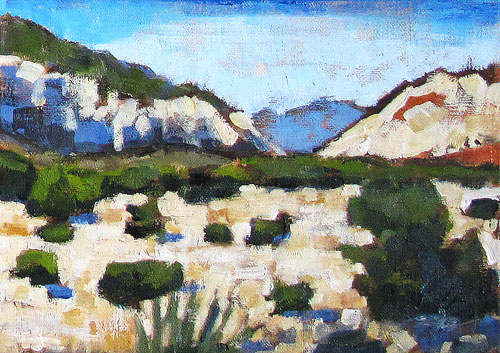 Such a beautiful place, Red Rocks outside Las Vegas, Nevada. 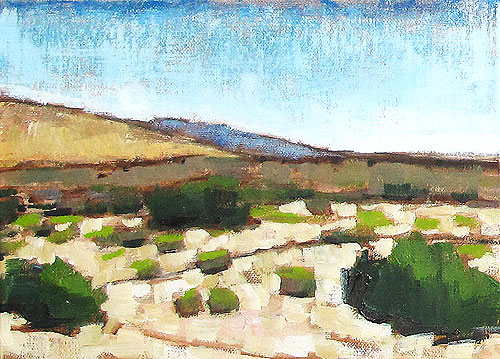 Though you can’t actually see the red rocks in this piece, maybe I shouldn’t have called it that. This is from the Red Rocks national conservation area, though, which is a very beautiful place. This is the 3rd of 3 plein air paintings from Red Rocks, in the desert outside Las Vegas, Nevada. Those rocks really are red! 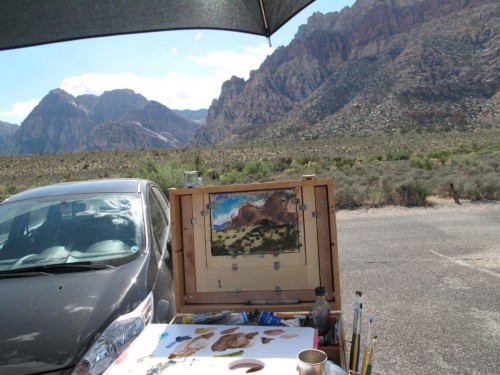 The view from our 51st floor balcony at the Cosmopolitan Hotel in Las Vegas. Another plein air piece- I didn’t touch it up and just left it rough. I like it this way. 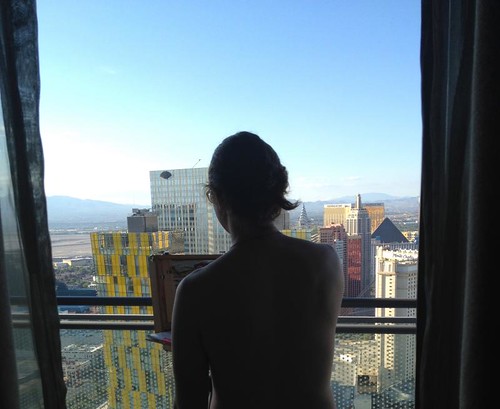 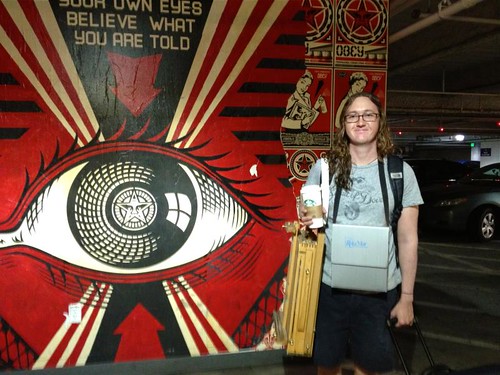 Leaving Vegas at the crack of dawn, laden with heavy, heavy painting stuff. Shephard Fairey mural in the parking garage of the hotel.