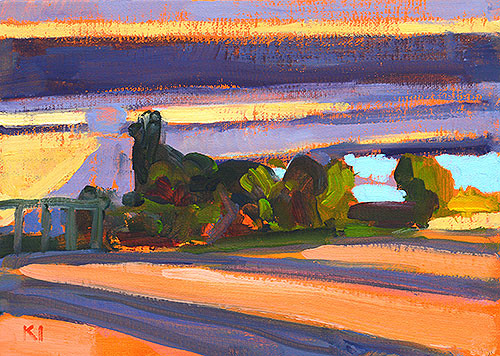 Painted on location near Old Town. 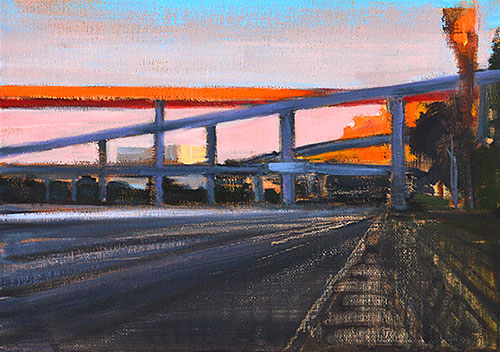 Most of my work is existential rather than expressing a political sentiment, though this work is an exception. I painted it specifically for this exhibition. I wanted to discuss the role that the Interstate Highway System played in “white flight” to the suburbs after the Brown v Board of Education Supreme Court decision (1954) desegregated American schools. The painting is half of a diptych.

Here’s a commission I just wrapped up. It was fun. 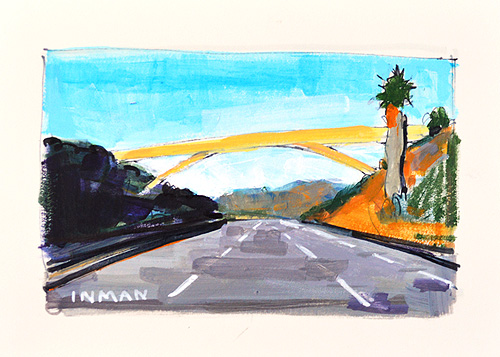 A color study for a commission I’m working on. Just playing around really, trying to see what works. This is the Rainbow Bridge/ Lilac Bridge over the 15 freeway in Fallbrook. for sale

The Rainbow Bridge over the 15 freeway near Fallbrook, CA. Painted last year as a study for a commission.
for sale 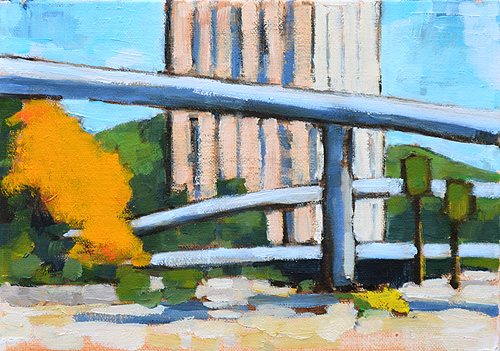 A plein air painting of Mission Valley in San Diego. I guess technically speaking, the closest “highway” is actually the Trolley tracks. 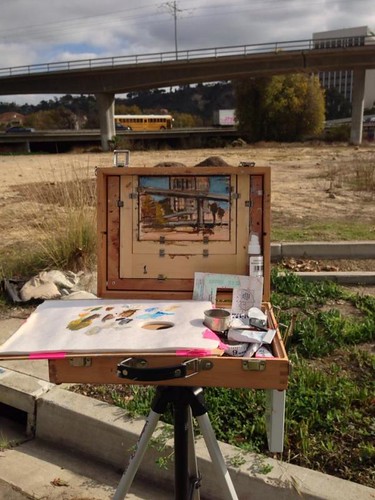